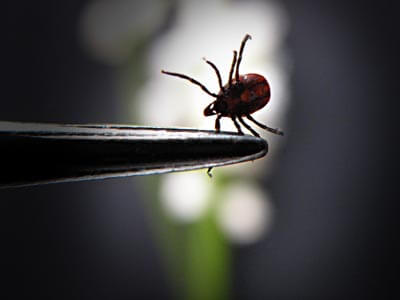 Andrew Heyman, MD, MHSA, an internationally recognized expert in Integrative Medicine and the current Director of Integrative Medicine at The George Washington University, spends much of his time as a ‘last resort’ practitioner. Dr. Heyman treats patients who have continuously been seeking treatment—some for months, others for years—but who have received no cure, no explanation, no answers.

Dr. Heyman’s ability to treat these unique patients may stem from his training at the University of Michigan, as a clinical working group co-chair of the Consortium of Academic Health Centers for Integrative Medicine, or from his educational background editing medical journals. Yet his exceptional aptitude in finding answers despite puzzling patient presentations is most likely a result of his background in Traditional Chinese Medicine combined with his conventional medicine training.

“Traditional Chinese Medicine taught me how to listen very closely to patients, and to look for patterns of illness expression that sometimes escapes a standard evaluation. My research now seeks to bridge the gap between what we observe in patients and their underlying metabolic and genomic expression, especially in complex presentations.”

Although it is but one of his specialties among a litany of syndromes and diseases, Dr. Heyman has become known as the ‘go-to’ doctor for an often misdiagnosed, misunderstood disease that has recently gained heightened visibility—Lyme disease.

Introduced to Lyme through personal and practical experience, Dr. Heyman first became involved in the treatment of the disease after a group of his patients in Virginia presented with a similar pattern of symptoms and failed to respond to conventional or integrative therapies.

WHAT IS LYME DISEASE?

First recognized in the United States in 1975 after a puzzling and unexplainable outbreak of debilitating health issues near Lyme, Connecticut, it was not until 1982 that doctors identified the correlation between deer ticks and Lyme disease.

The disease is caused by several strains of the bacteria Borrelia burgdorferi, transmitted to humans through the bite of an infected tick. Once a tick emerges from an egg, it frequently becomes infected during its larval or nymph stage, as it feeds off small animals like squirrels, mice, or birds that carry the Lyme-causing bacteria. During the tick’s subsequent feeding cycle, it passes the bacteria to a human, or another animal.

DO YOU HAVE LYME DISEASE? SYMPTOMS AND ANSWERS

Early symptoms of the disease often manifest as a flu-like illness, with accompanying fever, chills, muscle aches, and joint pain. While the characteristic ‘bulls-eye’ rash called erythema migrans is often present, many people develop a different type of rash or none at all. Moreover, a host of Lyme symptoms occur in other diseases, and as a result, many patients suffering from Lyme disease are misdiagnosed with conditions like fibromyalgia, multiple sclerosis, and other psychiatric illnesses before being correctly treated.

If Lyme is not diagnosed or treated in its early stages, it transitions to a chronic, highly problematic late-stage disease, and symptoms increase in their severity. Untreated Lyme disease will eventually infect joints, the heart, and the nervous system—causing nerve paralysis and meningitis, and difficulty with memory and concentration.

While one of the defining features of chronic Lyme disease is fatigue, Dr. Heyman discusses his own cases in which there were a myriad of presentations without any one defining symptom. Many of his patients had suffered severe cognitive decline, loss of executive function, memory problems, mood disturbances, chronic pain, cardiopulmonary problems and more. The debilitating effects of the disease then led to more devastating results: these patients often are unable to work, function in personal relationships, or complete simple daily activities without experiencing profound exhaustion.

There are approximately 329,000 new cases of Lyme disease each year, and the number of those infected is expected to increase. According to Rick Ostfeld, a disease ecologist at the Cary Institute of Ecosystem Studies, the illness is on track to produce its worst numbers in 2017. Moreover, many experts believe the true number of Lyme cases is higher than reported, as the Centers for Disease Control and Prevention require ‘objective measures’ like positive blood tests or rashes; therefore, estimates indicate that CDC surveillance only captures approximately 10% of reportable Lyme cases. There is currently no vaccine for Lyme disease, and Dr. Heyman notes that the FDA-approved blood tests are often inaccurate.

Dr. Heyman’s own research has pinpointed neurological inflammation and even damage that can occur in patients with Lyme. He and his colleagues have utilized specialized brain MRIs originally designed for Alzheimer’s and Parkinson’s, and found significant injury to the brain in many individuals infected with Lyme. “We have gone even further to show how the genetic material of the body actually starts behaving inappropriately in Lyme patients…as we dug and dug, we have realized the degree to which people were sick—and that we have to characterize this illness not just in terms of being an infectious disease, but re-characterize it as being a brain injury disease that has a very strong genomic component.”

Because of the multi-faceted and complex nature of Lyme, neither standard nor functional medical treatments work very well in this patient population, nor is it enough only to treat the infection in many patients. “In my ‘island of misfit toys,’” says Dr. Heyman, “common complaints such as fatigue and weight gain can be wrapped in a much deeper problem such as Lyme that may be underlying the clinical presentation. To successfully treat Lyme patients, one must eradicate the infection, resolve the chronic inflammatory response and repair the injury to the brain – all of which is possible with targeted therapies to restore patients back to health.” A true specialist in this field, therefore, must have an extraordinary ability and capacity to treat the patient as a whole, with experience and skill in not only hormonal balance, stress management, microbiome health, and detoxification, but also genomics, brain trauma and injury, chronic infections, and mold exposure—along with managing other complicated factors associated with Lyme disease.

If you or someone you know is suffering from any of the aforementioned symptoms, and have been unsuccessful in finding effective treatment or lasting relief, Dr. Heyman treats patients at his integrative medicine practice: the Virginia Center for Health and Wellness in Aldie, Virginia. For an appointment with Dr. Heyman, please call ☎ (703) 215-2172, or contact us online today.

The Virginia Center for Health & Wellness is a house up on the hill between Snickersville Turnpike and 50 West Vineyards.

Manage your health from the comfort of home