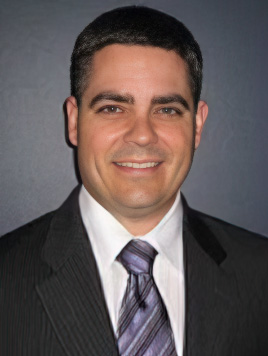 Andrew Heyman, MD, MHSA, is an internationally recognized pioneer, scientist, clinician and educator in Integrative and Metabolic Medicine. His professional activities over 30 years represent one of the most influential voices for meaningful change to conventional medicine that includes the best practices of traditional healing therapies and lifestyle medicine with the most advanced science of today. He is triple Board certified in Family Medicine, Integrative Medicine and Anti-Aging and Regenerative Medicine.

Prior to assuming this role, he spent 16 years at the University of Michigan, serving to build one of the largest and most successful academic-based Integrative Medicine programs in the United States.

He is also the Director of Academic Affairs for the American Academy of Anti-Aging Medicine, the largest private education organization in the world in Anti-aging, Functional and Integrative Medicine. He oversees the training of 1000s of medical professionals each year on the topics of Anti-aging, Integrative, Metabolic and Nutritional Medicine. His responsibilities include oversight of all curriculum, development of online and in-person education modules, faculty selection and oversight, individual mentorship of physician learners, oversight of the A4M Board exam, and world wide lecture engagements.

Dr. Heyman is considered a world expert in Biotoxin Illness and Chronic Inflammatory Response Syndrome. He has co-authored academic articles and book chapters with Dr. Ritchie Shoemaker, conducts research in neuroinflammation, proteomics and transcriptomics of CIRS (Chronic Inflammatory Response Syndrome), and applies an evidence based, Integrative Medicine model to this chronic illness. He often teaches with Dr. Shoemaker to properly train the next generation of Shoemaker certified providers, and lectures widely on the subject. His clinic is a Center of Excellence that attracts patients from all over the world to treat CIRS related to Water Damaged Buildings, Lyme disease and other biotoxins.

He is also currently the Chief Medical Officer and co-founder of the Metabolic Code, a consulting company dedicated to offering health technology, education, and clinical services. In this position, his clinical team manages wellness across large populations through a sophisticated online point of care platform that automates the metabolic evaluation of individuals and targets lifestyle plans to build resiliency and vitality.

In 1990, he received formal training in Five-element Shiatsu and Traditional Chinese Medicine, during which time he developed an interest in increasing access to natural therapies to underserved populations while partnering with the University of Pennsylvania. He continued this work with Jim Gordon, MD, at the Center for Mind-Body Medicine in Washington DC, exploring the intersection between public health, at-risk groups, and alternative therapies.

Dr. Heyman went on to receive a Masters in Health Services Administration from the University of Michigan School of Public Health and, upon graduation, became the administrator at the University of Michigan Complementary and Alternative Medicine Research Center where he was responsible for administering a $7 million NIH grant to research alternative therapies for cardiovascular diseases. The center was one of the first in the country to place alternative therapies and their scientific examination in an academic context, eventually being renamed the Program of Integrative Medicine.

He was responsible for overseeing education programs in the medical and nursing school, managing large clinical research studies, and the development of a multi-specialty Integrative Medicine clinic as part of the Department of Family Medicine. He simultaneously continued to consult on developing population-based interventions, utilizing Integrative Medicine and primary care for at-risk populations in Philadelphia, Washington DC and Detroit.

Dr. Heyman attended the University of Michigan Medical School, graduating in 2004 while being awarded the Excellence in Family Medicine scholarship. During this time as a medical student, he maintained involvement in the Integrative Medicine Program to continue to build knowledge and clinical skills in this area. He then completed a Family Medicine residency from the same institution, and became the first Fellow of Integrative Medicine as well. Upon completion of medical training, he remained as faculty to continue his academic work in stress management, cardiometabolic diseases, and nutrition.

Dr. Heyman remains clinically active as well, as the owner of an Integrative Medicine clinic in Northern Virginia at the Virginia Center for Health and Wellness. He continues to run clinical research studies through his practice, with a focus on neuroinflammatory, neurodegenerative, genomic, proteomic and metabolic features of patients suffering from Water Damaged Buildings and Tick Born Illnesses. He is also trained in Medical Acupuncture, Osteopathic manual therapy, botanicals, homeopathy, nutrition, mind-body medicine, and employs a wide variety of rejuvenating therapies including hormones, peptides, platelet-rich plasma, and stem cells.

Finally, Dr. Heyman has been featured on the Discovery Channel, Martha Stewart Living Magazine, Ladies Home Journal, Natural Health Magazine and appeared in many other TV and print venues and is a widely sought after, and celebrated speaker around the world on many Integrative Medicine topics. His teaching approach is described as deeply rooted in scientific evidence, grounded in the clinical reality of expert patient care, and readily accessible to both the new learner and seasoned practitioner alike.

Manage your health from the comfort of home